The Music of Japan

The Music of Japan

To me, above all, Japan represents a mystique combination of elements as simple as a geisha, the pink peach flowers, the Fuji, the Buddhist temples, the very peculiar way Japanese act and think, its tradition…

It’s an idealized, romantic and dreamy way of thinking of Japan and I am deliberately ignoring its technological and advancements side.

I have never been there (one day I will do it) and, perhaps, these concepts might change. Until then, let me also appreciate its music that I recently had the opportunity to enjoy during a concert with traditional Japanese instruments.

There it was the delicate koto that my absolute musical ignorance would describe as a versatile harp played, comme il faut, by a geisha.

Interesting is that the player can change the sound produced by the koto by simply moving the holders of the strings back and forth just like they would be sliders in a computer program.

The Koto and the Geisha. 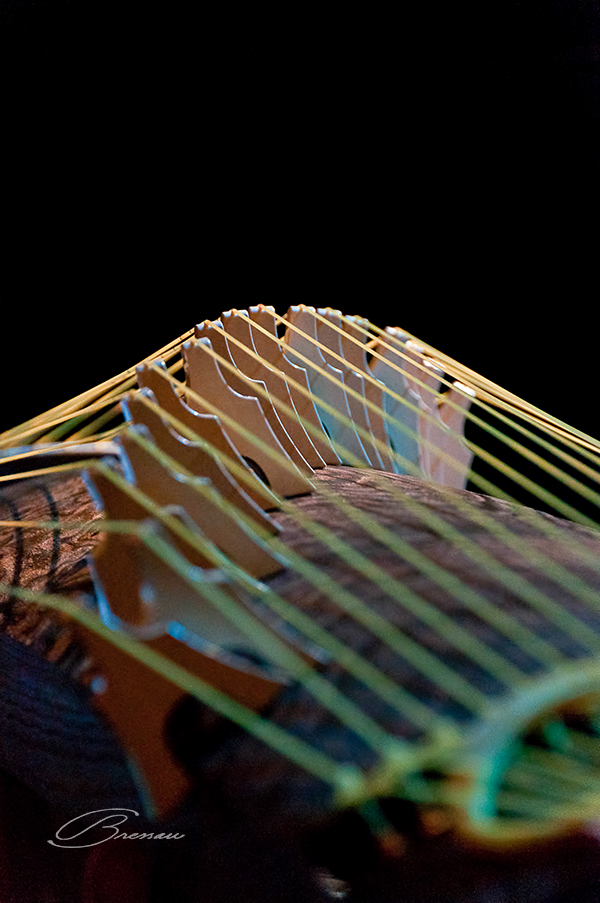 By moving the holders of the strings, the player produces different sounds.

Then, the mesmerizing taikos, with their vigorous sound resembling war beats. 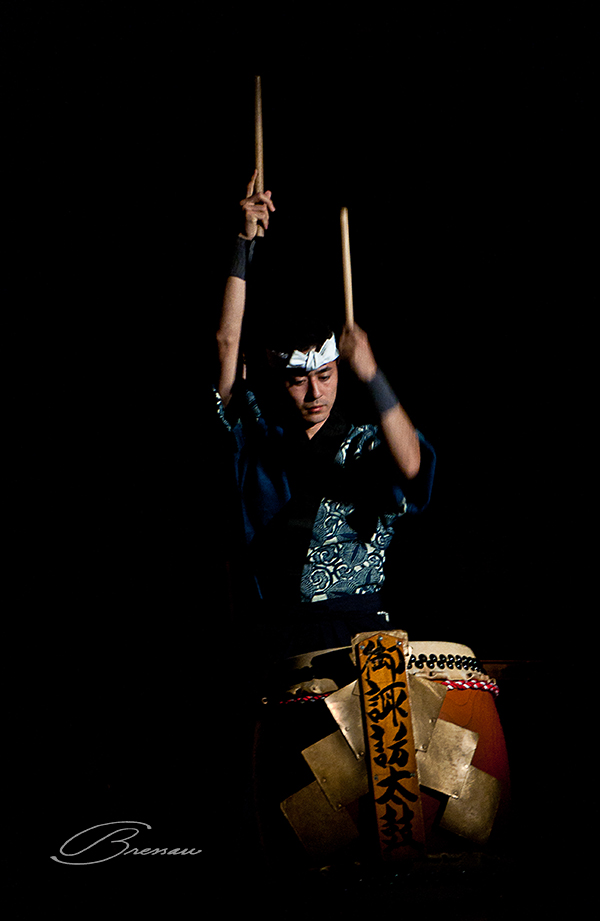 The taiko with its vigorous sound.

On the Photography side, aside from the few pictures above, I managed to get a few spectators angry with me and my camera as it was so noisy as compared to the delicate sound of the koto and even disturbing when the rumbling taikos were in action. The result was an ashamed photographer and a camera back in its case.
But, I guess, you can get a bit of the whole idea.