Evenings, Paul would sit exhausted on a bench in the park. The daily conflicts at work, his wife gone without a trace taking with her his beloved kids, bills accumulating, the car wreckage…

The park was an island of relief, away from the traffic and away from the expressionless people rushing through their destinations. Although he deeply loved children with their cheerful noise, at that time, they would not be there anymore, and those were moments that he would use to stay quiet meditating about his problems, continuously recollecting them, all the same, all the time, without a solution in sight. Many times he saw the greens blooming in Spring like his problems cycling through the seasons every year. 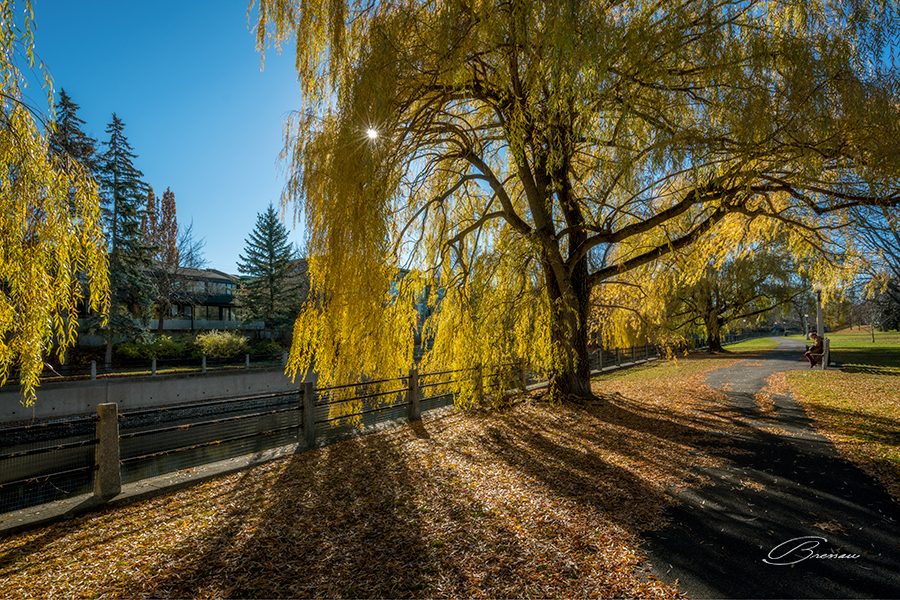 Another season that ends, another chapter in Life.

Often, sitting on another bench, he would see a man, perhaps in his seventies, dressed with care although in simple attire. He would sometimes bring a book to read; now and then he would throw seeds to the pigeons or any other bird still not ready for the night; or, he would sit still there, letting the time slowly go by until dark, when he would eventually leave.Neither men would make any effort to approach and talk to each other. To Paul, he would not need to share his painful life with anybody; perhaps, the other one would also have his load of problems? Everybody has one; the difference is in the way we face it, and this man would seem to be at ease with his share of problems.

Stoked by curiosity, Paul eventually decided to talk to the man. To his surprise, he was very welcomed, and they started talking like old friends up to a point his problems would seem so far away. It was almost painful to say goodbye already night. Their constant talks would marvel Paul by the open-minded man, knowing what he was talking about like he would have already lived every single word he has saying. When Paul would talk about his problems, the man would remain silent even though he would have heard for the tenth time the same stories, only occasionally interjecting with a few encouraging words here and there.

One day, the man invited Paul for a walk while talking. At some point, they were in front of a junkyard with loosely organized piles and piles of unimaginable pieces of everything. In a corner, protected by a decaying fence, Paul saw his car, or what was left of it, twisted on the accident and rusty by the time.

“Phew! That was close! What an impact! I am fortunate to be alive!”, he said.

In the following days, the man did not show up, and Paul took the time to think over his problems, now added by the frightening images of his destroyed car. It seemed that the accident was yesterday but, evidently, the rust on the vehicle indicated years of weathering. Years? That would explain why the leaves of the park trees were changing with the seasons but would not explain why his wife just vanished without a word. Those were scaring thoughts that needed to be discussed with the man as soon as possible!

When the man eventually came back – urgent matters, he apologized – the talks resumed. Paul wanted some answers for his confusion but the man, calmly, always directed the conversation to the surprises life would present to us and the need we would have to be alert and serene for the sudden changes our lives would have in consequence. To Paul, the man was playing carefully with his words as though he would be trying to say something between the lines. 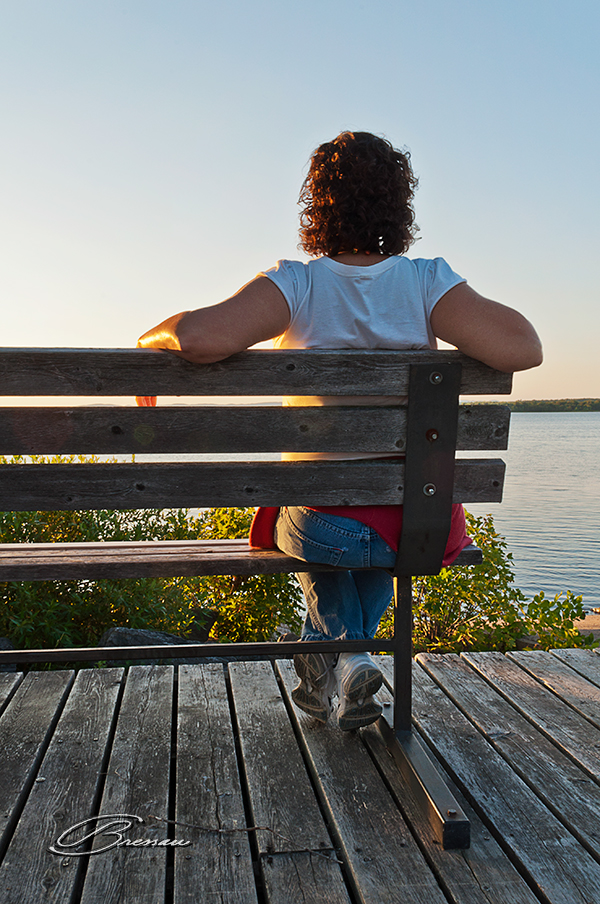 Letting Life go by in the best place in the world: the first row!

The talks acted as therapy sessions as his problems seemed now to fade away and slowly cut their importance. He could almost feel massive knots in his chest being undone, he could walk lighter, and he could see the colors of the park in brighter tones.

In one of their regular walks, they faced a graveyard. Thoughtful, Paul observed the tombstones for a moment and, with a clear mind, said to the man:

“My name is somewhere there, isn’t it?”

“Yes, it is!”, replied the man. “And it was placed there by your wife and your kids with all their love for you. Don’t you want to see it?”.

“No, I don’t think so,” said Paul without hesitation. “I don’t know why but I very much prefer the park and its seasonal changes.”

After a few seconds, he remarked, “While I was there, you were there as well. Are you my guardian angel?”

“Names and positions are not relevant, but you can call me the way you prefer the most,” replied the man pausing for a moment. With a serene look on his face, pointed the road ahead and said:

“It is about time for us to go as many joyful and rewarding journeys are waiting for us.” And concluded, “Besides, there are many other Pauls and Marys in need to sit on that bench in the park…”

This text was published on HuffingtonPost.