At least for me, a 30 minutes stroll after lunch with my camera helps me to relax my body, to clear my mind and to keep me focused on my micro photography projects. At night, I take a look at the pictures, usually not more than 15, I select two or three possessing a reasonable quality and throw out the remaining ones. 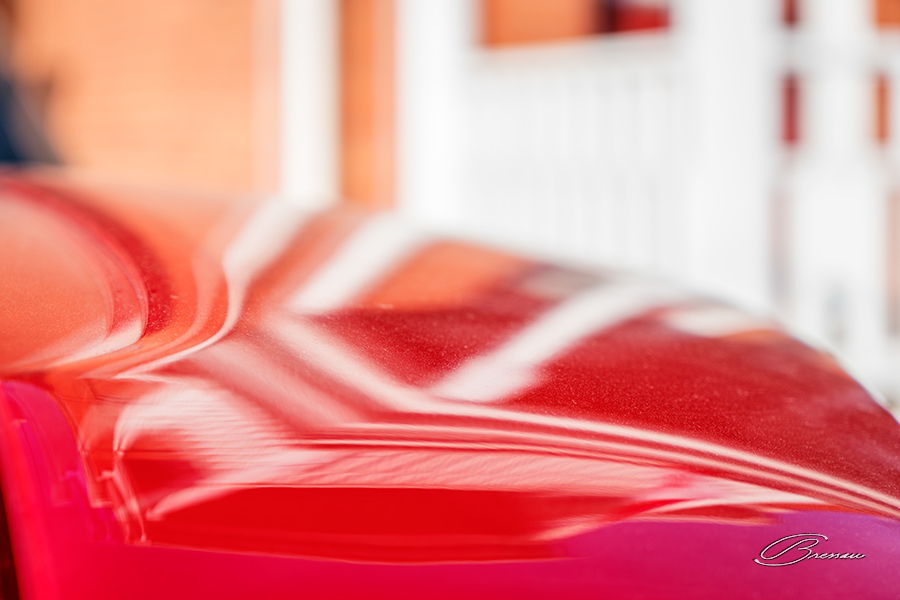 My little project was sparked by the intense colors morphing in the architecture.

A few days ago, I ran into a situation that made me feel reluctant to tell anybody. Afterthoughts reminded me that hardly somebody would believe me anyway, so what would be the problem telling the story?

When I took the picture above, I noticed how the car and the building were almost a single body. This coincidence sparked the simple idea of showing vehicles in different angles such that their environment and their surroundings would be somehow blended. To do it, I needed to walk, see, imagine how to take a picture and then click it by leaning over, bending my knees or changing the angle of vision to get a better take. I saw red, blue, black and white cars; old and new ones; sport and traditional cars. Architecture, trees, reflections; curved lines and straight lines; light and shadows. I took one or two pictures of each exciting scene and slowly moved on looking for new opportunities. In total, I collected a series of 37, but the only ones that survived are presented here with a quick explanation. 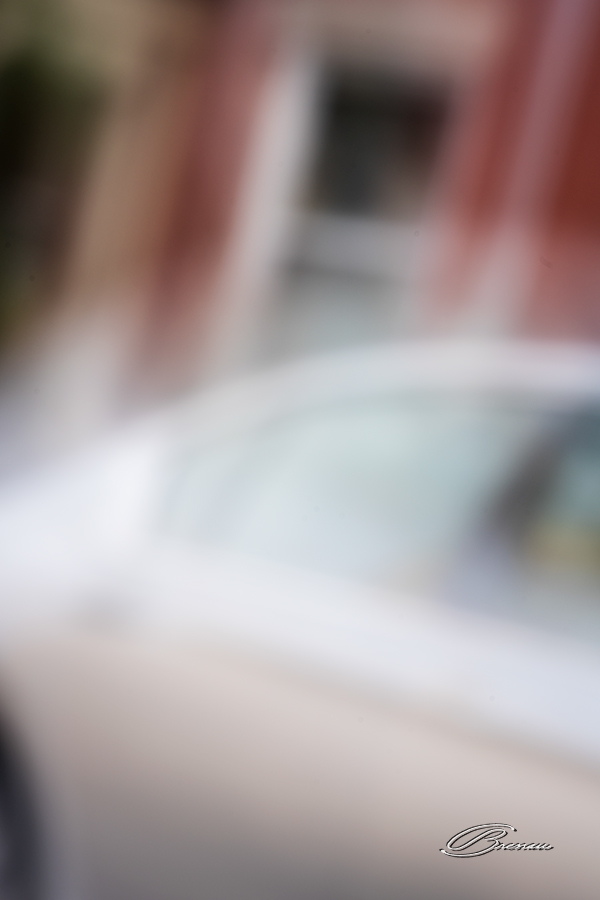 It seems the car became an angel… 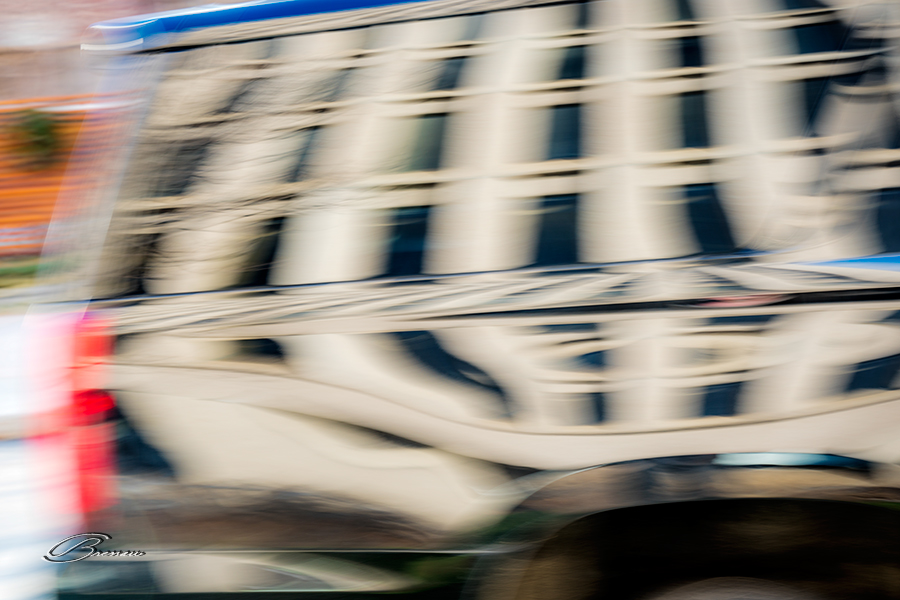 Notice the bold structure entirely assimilated by the pivot of my strange story.

“Sir!”, I turned and saw this middle-aged man dressed in all black, white shirt, black tie, short hair, black glasses and black shoes. A typical MiB(*)!… Behind him, the black car that I just had taken one picture.

“We believe you have something of ours.” We? Is there somebody else here? “I don’t have anything of yours, nor I know you,” I replied. At this stage, another man dressed as the first one set himself behind me as to prevent any sudden moves on my part.

“Would you please step into the car?”. I stayed put for a moment until he discretely showed me a weapon concealed behind his coat. Well, with such a fine and direct argument, all I had to do was to accept the invitation, of course! 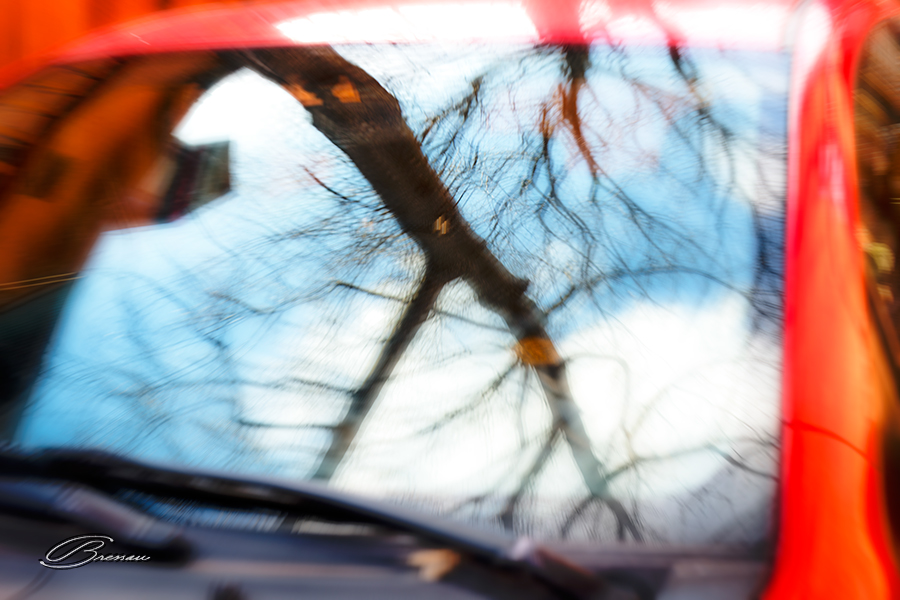 Nature is also part of the structural and “civilized” flow.

In there, at one side, there was a workbench filled with screens, microphones, buttons, and knobs. At the other, two seats were barely fitting the space. Apparently, this was an observation and spy vehicle that I accidentally photographed, and now these guys wanted to know what was going on. At a corner, I saw what seemed to be a small fridge (after all, they are human beings too, right?). On top, a thick binder with a label that I could not read, a book named “Espionage for Dummies” and another named “A Service Secret Agent in Ten Easy Steps.” Wow! That was serious, and I was in the middle of it!

“Your camera, please!”. I handed it over to the man who always did the speaking. He took the memory card and put it somewhere in the equipment. But, no images showed up on the screens. “Dang!”, said the man. “Did you destroy the card?”. “No, I shoot RAW(**).” The guys could not read a RAW picture! “Give me the card back, and I will show you the pictures in my camera,” and I extended my hand. The guys looked at each other and finally the card was given to me.

“See? Only pictures of cars; your car is blurred with no details whatsoever…”, I said browsing through the pictures. He took my camera and confirmed my assertion.

“One more thing,” I said. “If you go to my website and open my blog, you are going to see there a post “Cars, Framed!” Those were the pictures I posted which match the ones on the camera”. They looked at each other again, and, once more, confirmed my statement. Since they were in the investigation, they perused some pages here and there and – I swear – I could see a slight trace of amusement on their faces.

They looked at each other (they liked doing it; were they lovers?), and the speaker said, “You are free to go! However, you have never seen us, and this never happened!”.

“Just a second!”, I interjected before heading to the door. “You guys took my time, scared me with a gun, and this goes with no apologies? At least, you could show me a sign of gratitude for being very cooperative and helping you do your job!”. And I pointed my finger at the “Subscribe Me” section of my website. They liked looking at each other because that was what they did. Silently, they both signed in to receive my posts. “Not a single word to anybody or we will come after you!”. I nodded in agreement.

Back to the curb, the Sun was still shining, the houses were all there with their architecture, and the world seemed to be revolving the same way it was before. Scarce people were walking by with no sign of anything unusual happening.

Well, there was only one thing to be done: to write a post about taking pictures of cars and about almost being framed by doing it! Very proper! 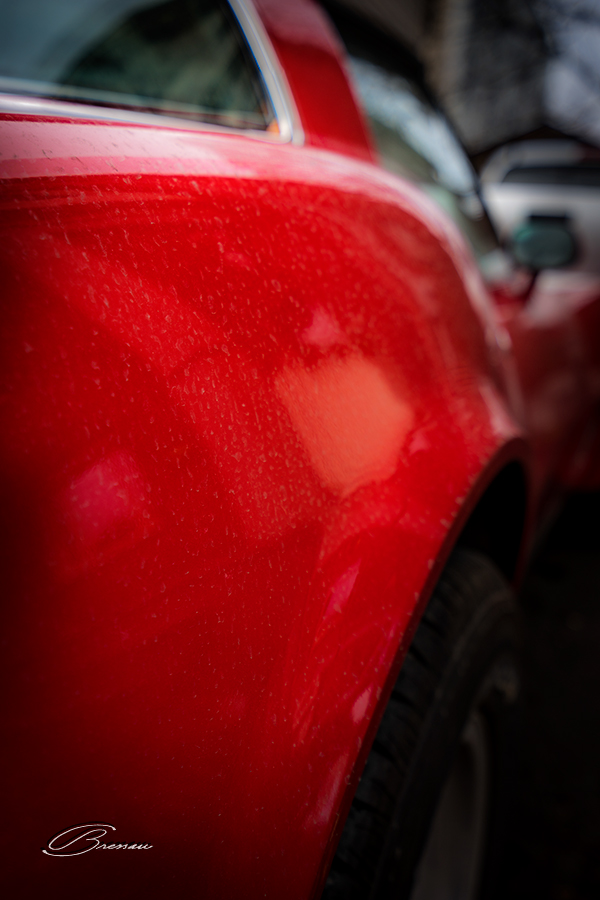 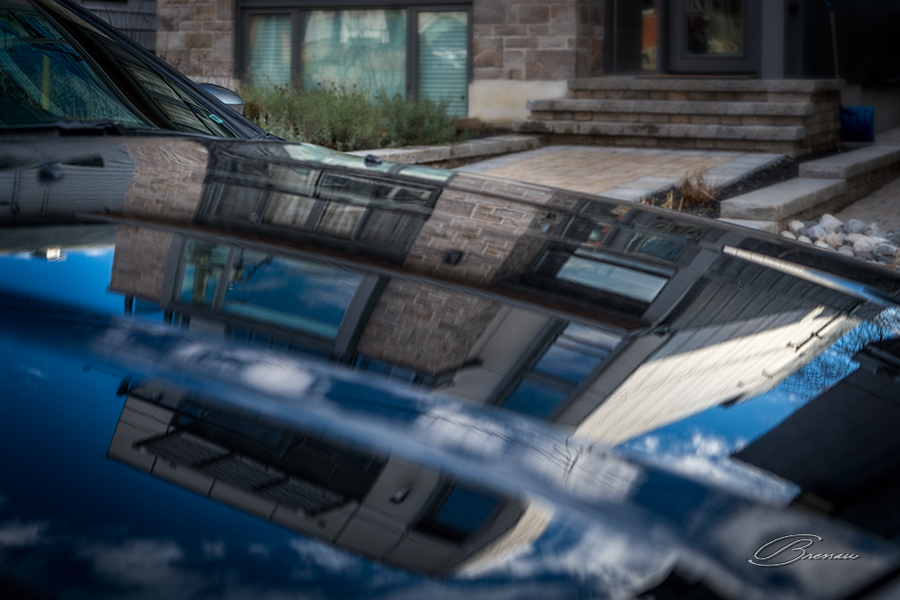 This time, a modern model resisting the weight of the neatly organized city structure.

(*) MiB: A reference to the movie Men in Black;

(**) RAW pictures: typical cameras produce pictures in the JPEG format capable of being immediately presented on screens, posted on various social media, etc. On the other hand, RAW pictures need to be worked with a specialized software to be transformed to JPEG. Although more difficult to work with, they usually present a far better image quality.