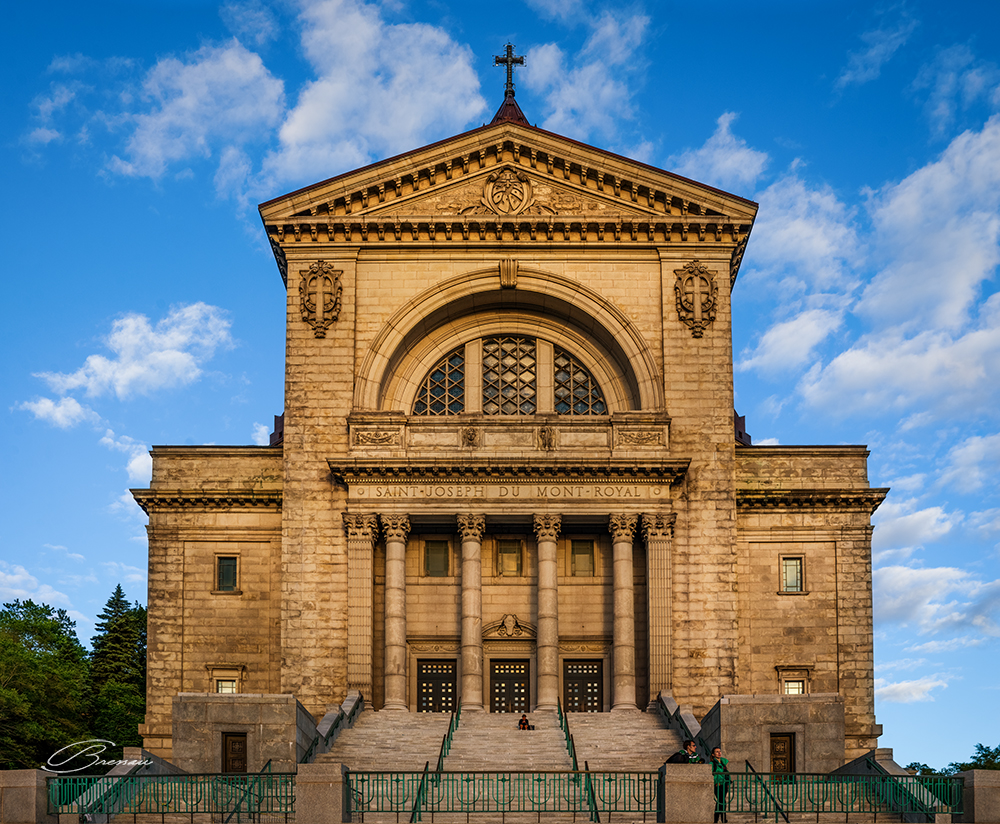 What a difference 10 minutes makes when taking pictures during sunset!

We happened to be at the Saint Joseph Church in Montreal, Canada, to show its splendor to a friend that was visiting us. Conveniently, I delayed as much as possible the visit so that we could profit from the sunset that was approaching. I could already see the discrete warmth bathing the face of the church.

I placed myself in one of the existing stair levels and, without a tripod, I carefully focused on the guy sitting on the steps of the stairs trying to find the approximate hyper focal distance. After locking the focus there, I took 5 series of 3 pictures each starting from the cross and then to its left and right. Next, I pointed to the cross again but lowering the camera a bit, took three pictures using the same method, and so on, until I reached the bottom.

While I was checking the results in camera, the Sun was setting quickly and, in a matter of minutes, the church was completely inundated by the golden beams of light that only let me take one more picture before being dark enough to ruin my chances of more exploration without a tripod (if you are thinking that I only paid attention to the camera and completely ignored the spectacle in front of me, you are wrong! I was so into the scene by admiring it that I almost lost the last picture. Remember that our eyes are far more sensible that a camera; this let me appreciate the last moments of the sunset until dark covered the church).

Back home, days later, I processed all images and the result of the 15 pictures joint is above whereas the last picture is below. Notice the difference. The latter is richer and intense. However, with the 15 images taken about in the same plane, I was able to build a more architectonic and less distorted view of the building.

If I wanted to, I could have brought this resulting picture to a very close golden aspect using Photoshop but I decided not to twist reality. Similarly, on the last image, I could have bent the pixels up to a point that the church would be more or less straight. But, that would be using brute force and the result would be strange-looking.

So, there you have it! Two quite different visions of the same place taken with an interval of 10 minutes only.

A last comment on the big image: this was not an attempt to reproduce the Brenizer Method for three reasons: first, the main subject (the church) basically dominates the scene thus not leaving room for the subsidiary subjects to “breathe” and show up; second, the focal plane of the main subject appears more in the background together with the sky and branches, that is, there are not distinct focal planes; and third, the small aperture, f/8, tried to put everything in focus by providing a single and larger depth of field. I will try to do it sometime soon and then I will put a link here when this happens. 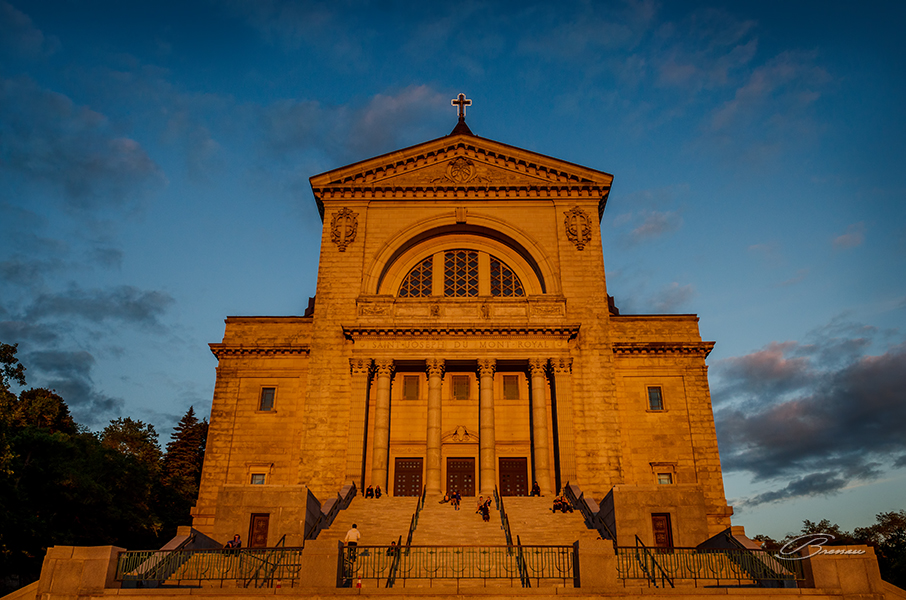