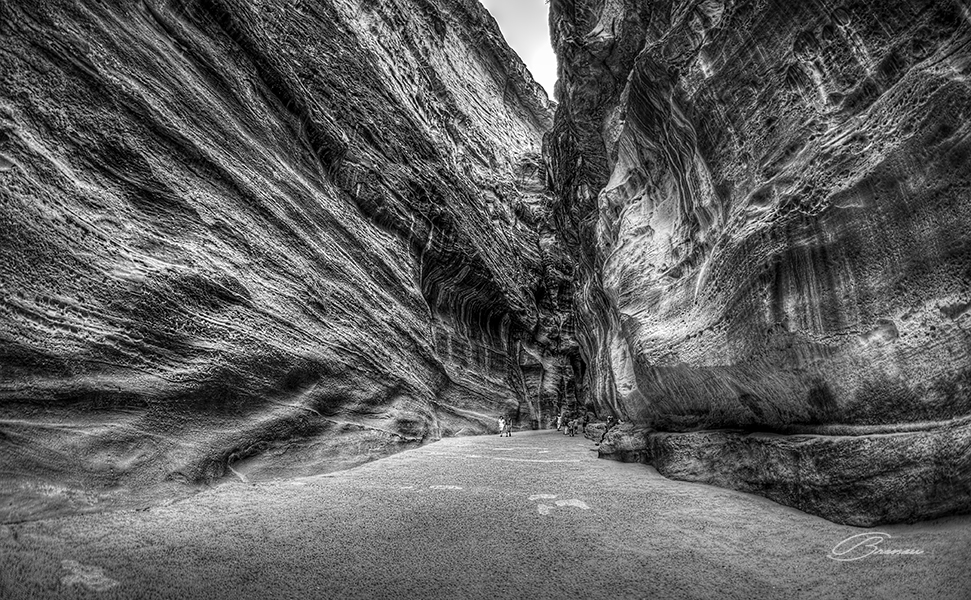 This year, I was in Petra, Jordan, to admire the beautiful houses carved in soft stone by a mysterious people named Nabataeans. In fact, what seamed to be houses are actually tombs where members of this people were buried. The richer the person, the greater the tomb.

But, it is not only the men-made art that enriches Petra: the rock formations slowly carved by Nature produced immense path ways with pleasant temperatures even though Petra is in the desert between the Dead Sea and the Gulf of Aqaba.

The following picture was taken in one of these narrow path ways. Look at the size of the tourists as compared to the rocks.