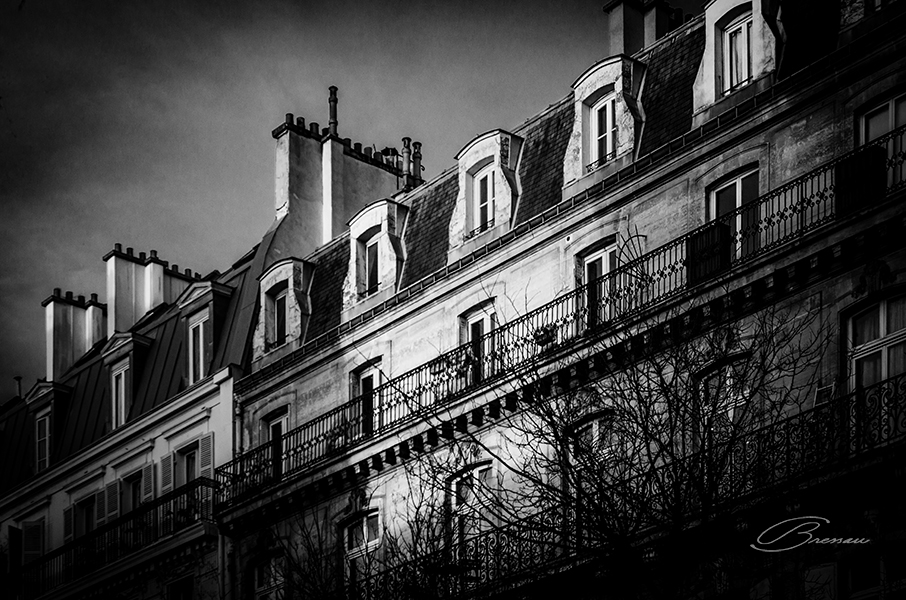 One can view Paris from its famous landmarks; somebody else can enjoy Paris by visiting its famous restaurants and from its gourmet side. Its architecture; its History; its love; its people…

I am enjoying it from a dark perspective, not dark in the sense of gloominess, but seeing Paris in monochromatic tones.

It has been said that Rome is eternal (Sempiterna Roma). Its almost 2,800 years left us a legacy that spans culture, law, engineering, architecture, war affairs, and language. Take, for instance, our codes of Law inspired in Roman’s ones. Take Via Appia Antica, still a working road after more than 2,000 years. Take various aqueducts in different parts of the world that are still working.

Let me open parenthesis for a small question: how come these engineering feats from thousands of years still work whereas our roads need repairs after two or three years and become unusable after 15 years if not maintained continuously? Close parenthesis.

It has also been said that Paris is the City of Light due to its culture that seemed to be a light beacon to open our minds not only figuratively because it was one of the first cities, if not the first, to have night lights on the streets.

Although not as old as Rome, around 15 centuries younger, it is still a city that emanates its character and charm that makes it one of the most attractive cities in the world. Incredibly, Paris is around ten times smaller than Rome and can be ridden using one of those great 20,000 Velib bicycles spread around the city in 1,5 hours North-South and 2 hours West-East.

Why am I talking about city longevity? Recently, I had to travel to Paris to deal with family matters, but I did not have time to enjoy the beauties around as my focus was solely on the family.

Nevertheless, while hopping in and hopping off the various metro lines, I could have enough time to take a few pictures that I decided to give them a noir effect.

Therefore, I hope that Paris still lasts another couple of years as I want to go back again and profit from all the city could offer to me. Let us agree on something though: I hope not in the next 1,000 years!…

Enjoy the duration of Time in the cities!… 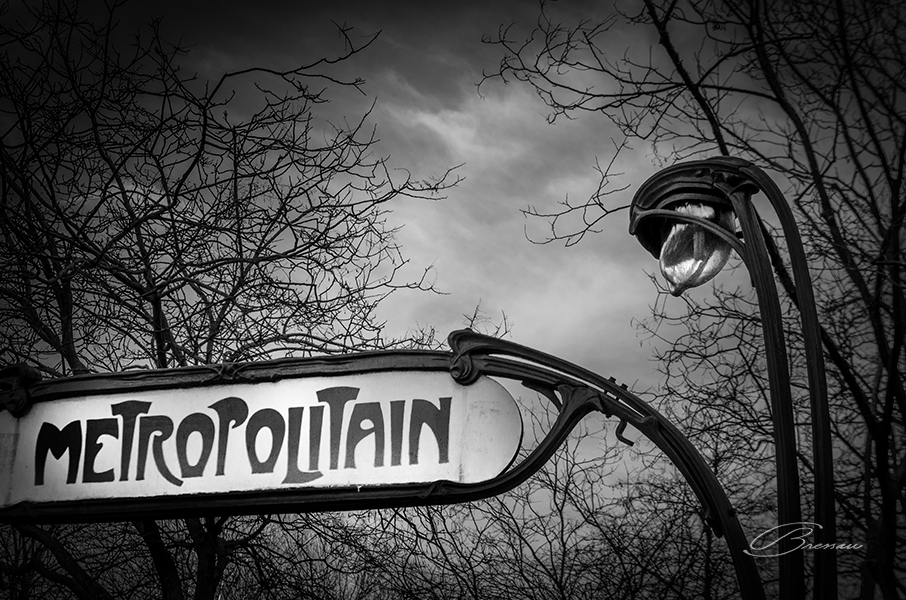 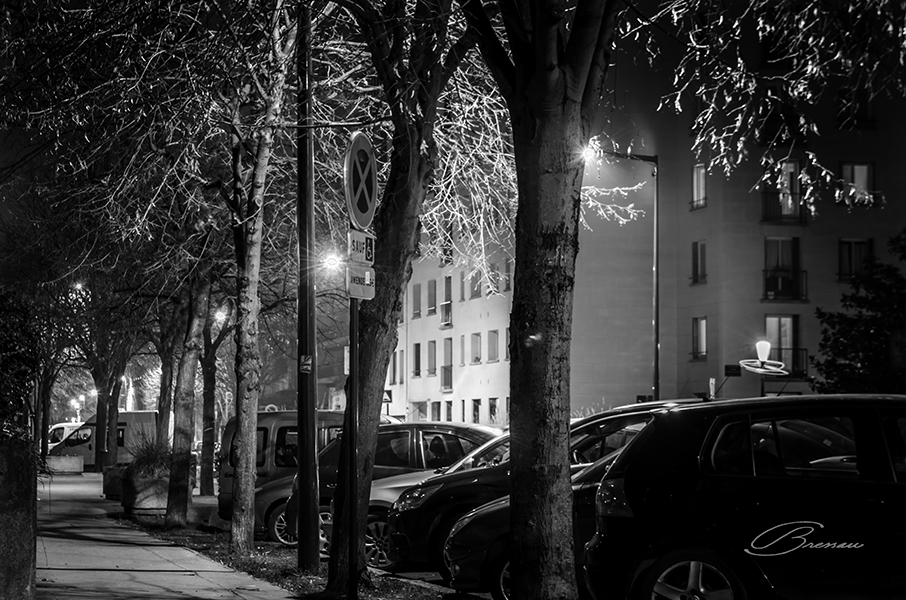 A very candid shot late at night between Boulogne and Sèvres, near Paris, France. 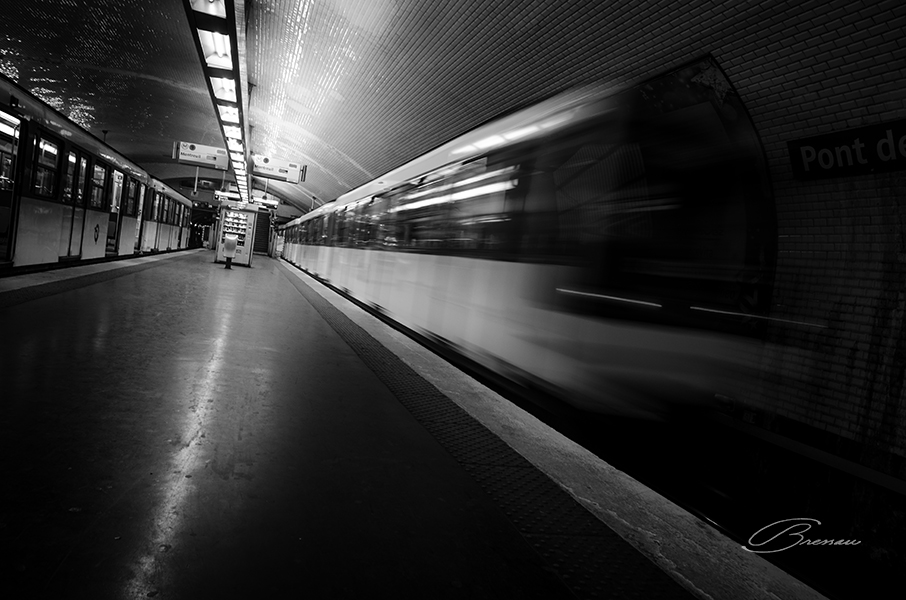 Down in the Metro, Paris, France. 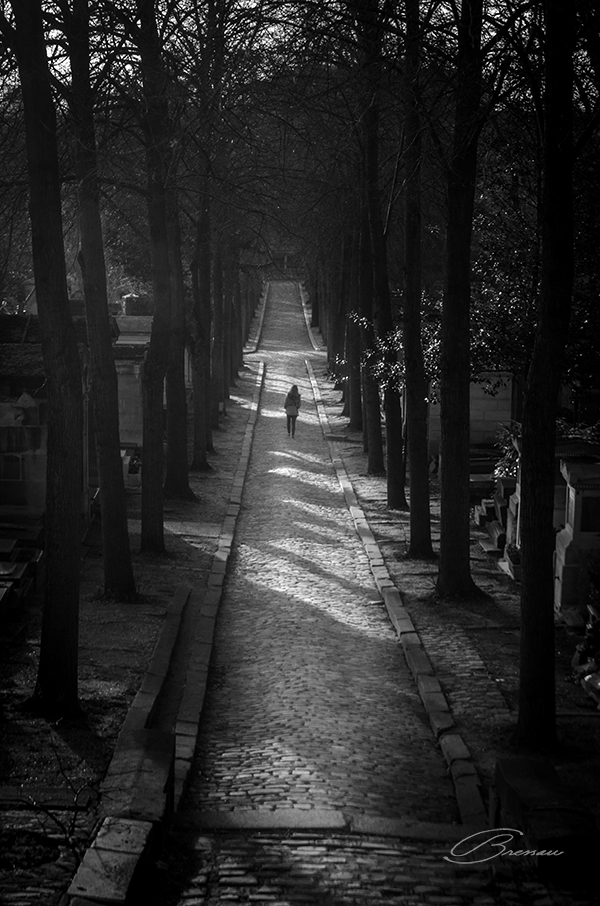