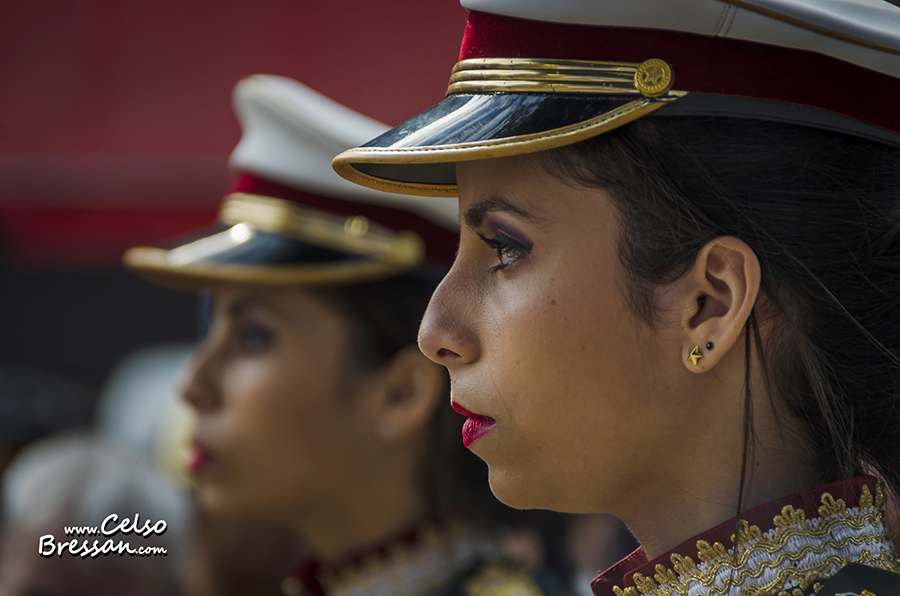 This article is a photo excerpt of one of the leading events of the commemoration happened a week ago in Cachoeiro do Itapemirim, in the State of Espírito Santo, Brazil.

The sunny and bright day was helping schools, the police, the firemen and the bands to parade on the main street in front of thousands of people gathered to see the colors of the scenes. I, particularly, enjoyed the faces of the participants and here is a small collection of them.

Above, these two girls in the City Band were earnest marching in their positions. Not a wrong move, not a smile. The band stood briefly close to me, and I called her: “Are you guys, sisters?”. She opened a bright smile to me and said: “We are twins!”. She then turned her head away and put her serious face again. And off the band went! 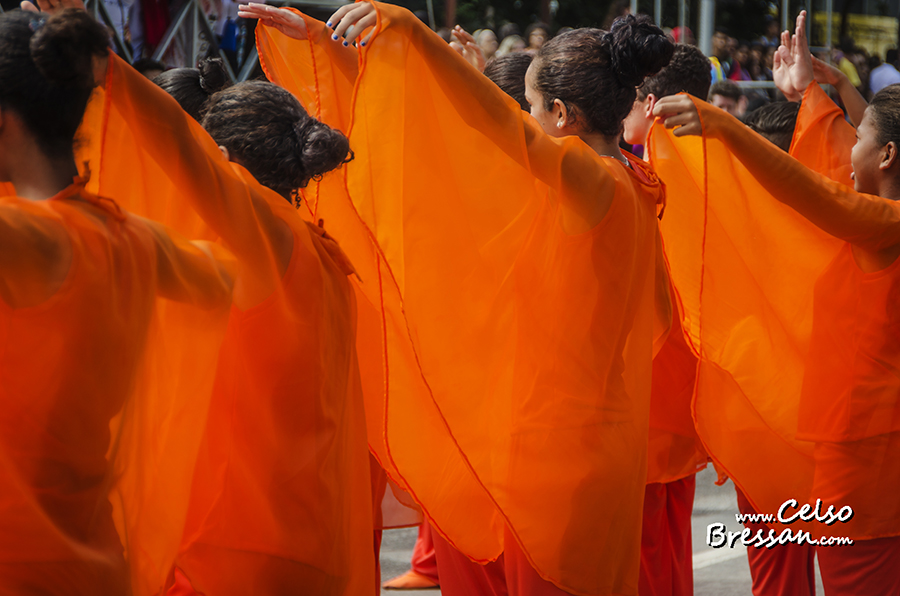 The Dance of Four Seasons (Fall)

The Dance of the Four Seasons – the Fall Act – was a colorful representation of the slow decay of the leaves. Although not all trees in Brazil lose their leaves this way, especially in this part where the climate ranges from mild to hot, the Fall boys and girls translated the idea of Nature transforming itself from the luxury of Summer to the grey of Winter and then reborn again in Spring. The falling leaves swirled and swirled until hitting the ground when they finally rested. Marvelous choreography! 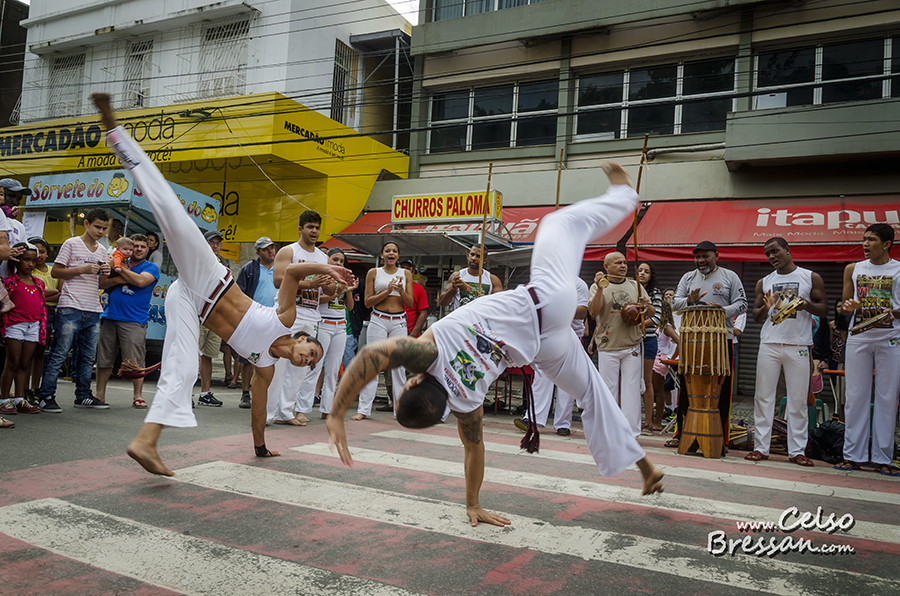 Capoeira, originating among the Brazilian slaves, is a combination of a dance, a sport, a fight, martial art and a game. With the typical musical instruments producing rhythmic sounds and accompanied by its chants, it is beautiful to be appreciated but challenging to be part of it because it requires an intense body preparation ready for the hardships of its movements. Not only that, it is a mental and spiritual game as well as you need to be immersed in its ideals, traditions, and concepts.

Today, capoeira is only exercised for the sake of the body and the mind, but if one wants, it can become one of the deadliest martial arts without using a single weapon. 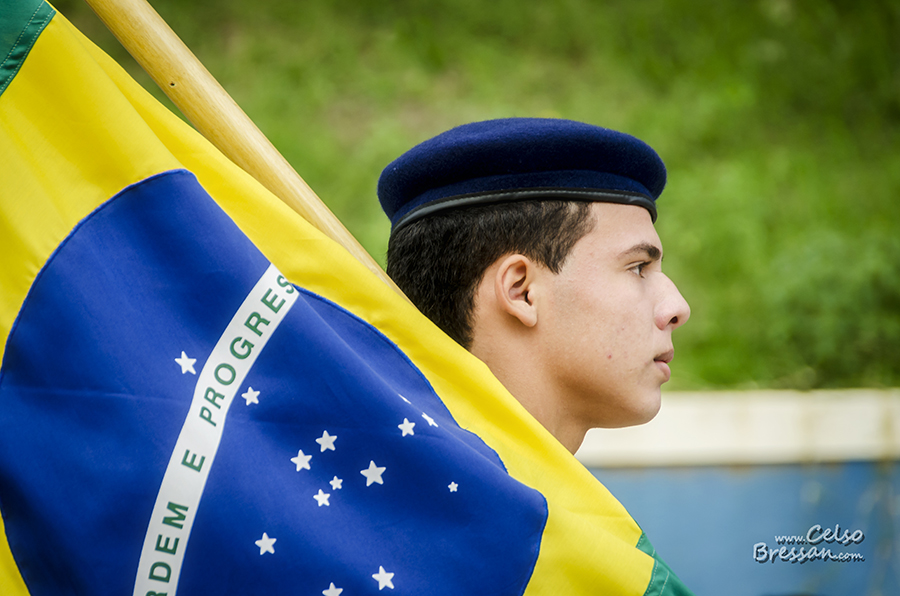 A Young Officer During the Parade

A Young Officer or Guarda Mirim proudly carrying the Brazilian flag. These teenagers, males and females, not sporting any weaponry, mostly arriving from low-income communities, are trained to have an opportunity in life and to help other citizens in need. 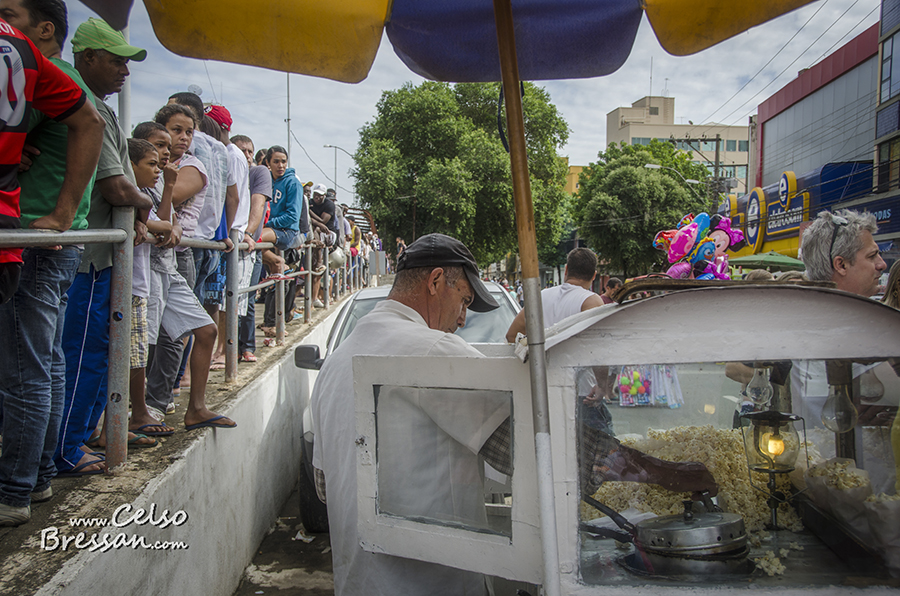 In every public commemoration, you cannot miss the popcorn guy, someone with a small portable chariot prepared to make, all manually, those delicious treats, either salty, with a sugar coat or with pieces of fried coconut.