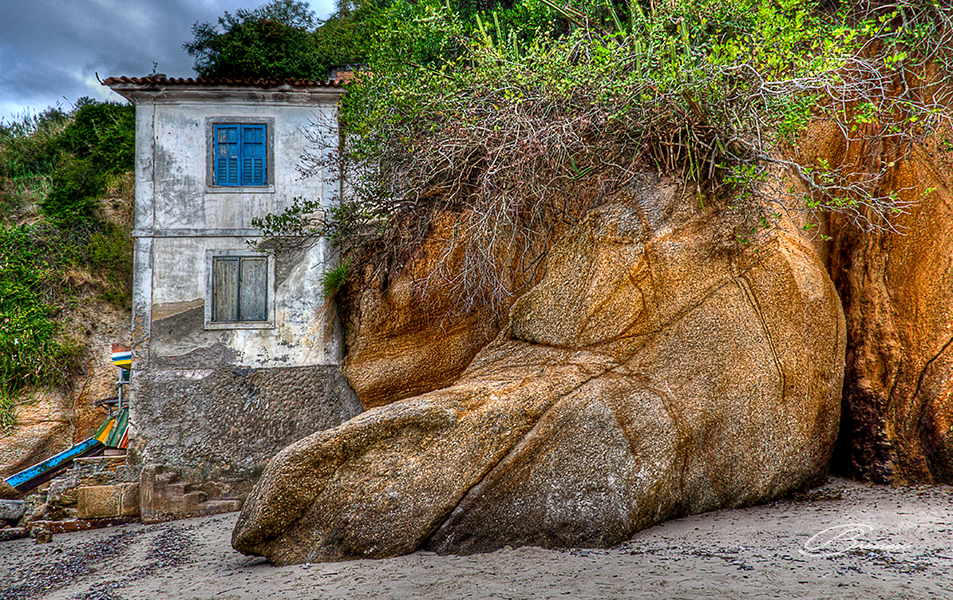 Working with HDR (Hygh Dynamic Range) gives me a lot of pleasure because, far from being a ritual, is different from the previous one.

First, I submitted the pictures to Photoshop CS5 to provide the initial adjustments like the clarity, the vibrance  and a bit of fill light as the pictures were slightly dark.

I didn’t apply any lens correction at this stage to avoid misalignment of the images but I made sure that no traces of noise would be left there as it accumulates after the HDR processing thus giving that “brittle” result which then requires heavy noise reduction anyway. In particular, thanks to the low ISO setting that I used, the occasional noise was easily removed, if some present at all.

After saving them in the TIFF format at 16 bits, I toned mapping in Photomatix to combine the three images looking specifically for the settings that did not leave behind white halos.

Finally, I submitted the HDR to Photoshop to apply the lens correction, to adjust the alignment of the building, to correct as much as I could the color of the greens and to remove some speckles here and there.

The result pleased me because it dramatically depicts the boulder trying to engulf the house.

By the way, this house seemed to be abandoned even though there were some boats around it. I even tried to go in to check some extra photography possibilities but it was locked and apparently part of the accessing stairs was moved away from its original position.

I hope you enjoyed it!

Now, looking carefully at the image, I can see that I could have applied some more drama to the boulder by selectively applying a non-destructive layer of burning here and there. Ok, deal! I will do it later. 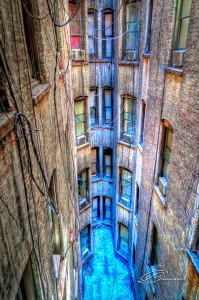