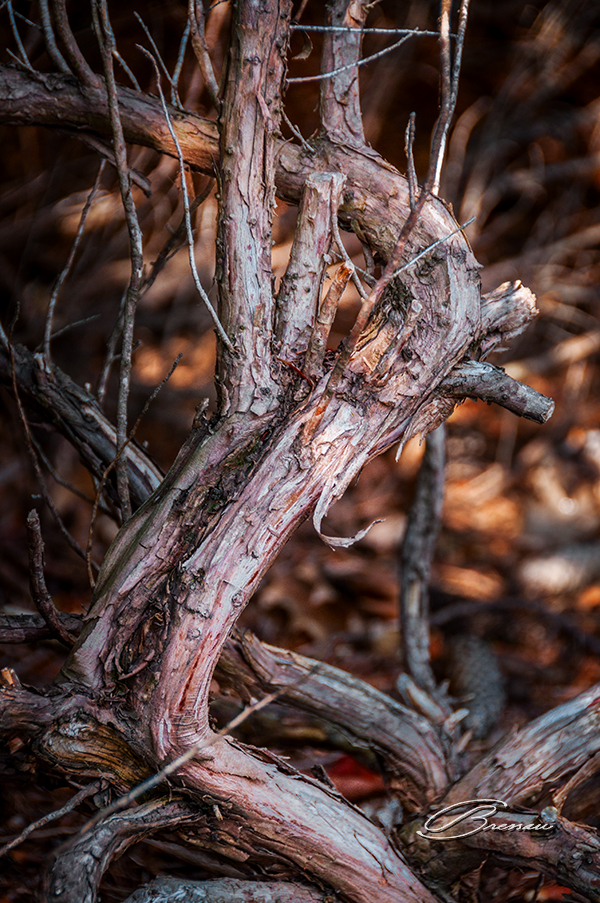 Were all branches created equal?

I am talking about the purpose of a branch on a tree growing by spreading its branches and from the branches there are other branches that finally branch again into leaves. Ultimately, the leaves, together with the roots, are the collectors of the life that keeps the tree alive. And the branches are the complex carriers of this life.

Slowly, the branches grow old, their leaves fade and fall. But, life moves on with the tree with the new branches and leaves.

Interesting to observe how this cycle goes on and on specially when we freeze this action in a picture. We can see there young branches, dead ones, leaves of all kinds… The trick is to observe them closely. But, how, if our lives run much faster then the growth of a single leaf, let alone a branch or even a tree?

A tree can be right in front of our window and yet we only notice its growth when we finally realize: “Hey! Look how tall is this tree! It was this small three years ago!”

A tree is a microcosm in itself. We can admire the whole, the shape, the colors. Branches are others microcosms within that microcosm with again their shapes, disposition on the tree… We could continue with the leaves, then with fibers and so on.

As a photographer, I tend to observe things around me whenever I am driving or walking. Even a few steps that I take from my car on the parking lot to the office of one of my clients is a rich opportunity for different shots. I look at the sky, the clouds, the disposition of the trees on the road, the passers by, the way the Sun hits objects.

For instance, when I arrive at the client, the Sun is in front of me and the shapes, the colors and the shades are completely different from the time I would leave the client in the afternoon even though the Sun is still in front of me. But, not only because the morning sunlight is different from  the afternoon sunlight and occasionally the sunset as well, but also because in the afternoon I am walking in the opposite direction which makes me see the same objects as in the morning from a different angle and perspective.

That morning, although I always crossed the same section of the road to reach the client’s office, maybe because it was late and the Sun was hitting in a different angle, I noticed this small enclave of bushes and, there, the branch that started this whole conversation. When I spotted it, I immediately sensed that everything seemed perfect for the right picture! But, I had no camera that day… When would it be the next time that the light conditions would be the same or better?

I know, I know… A good photographer always carries a camera, no matter what, because the perfect opportunity rarely shows again if you miss it. Just like the lightning does not strike the same place twice. Or, at least, they say it. If you don’t want to carry your bulky regular camera, have a smaller one like a good point and shoot to profit from these situations. Bottom line, it is much better to have on hand 100% of a picture that is 80% alright in quality than a 0% of a picture that is 100% perfect! Right?

Anyway, next time I took my camera but the light conditions were not good. And so, the next time. Fifteen days later, always carrying my camera, I finally took my picture… which resulted in a whole world of disappointment after working it three minutes in Photoshop as you can see above.

The background was distracting and did not completely emphasize the branches. And, worse, my beloved branches, the reason of this whole digression here seemed flat, without life, almost colorless. That is it! Colorless! Black and white!

Just to recapitulate, I opened my picture in Camera Raw (I always take pictures in RAW format) and performed the initial tweaking by correcting the white balance, correcting the lens distortion, touching a bit the blacks and, finally, the usual clarity and vibrance. I didn’t touch much the saturation colors because I noticed it would be almost of no help. However, I experimented the Convert to Grayscale option and sensed that something good might come out of it. As a matter of suggestion, never convert to gray scale there because the corresponding adjustment layer is by far more powerful.

After opening the image in Photoshop, I immediately started with the Black and White adjustment layer and played with the settings. First, the Auto setting, which was just passable. But, the Infrared setting exploded the picture! I adjusted the colors here and there and I got the result I wanted.

Look at the result! 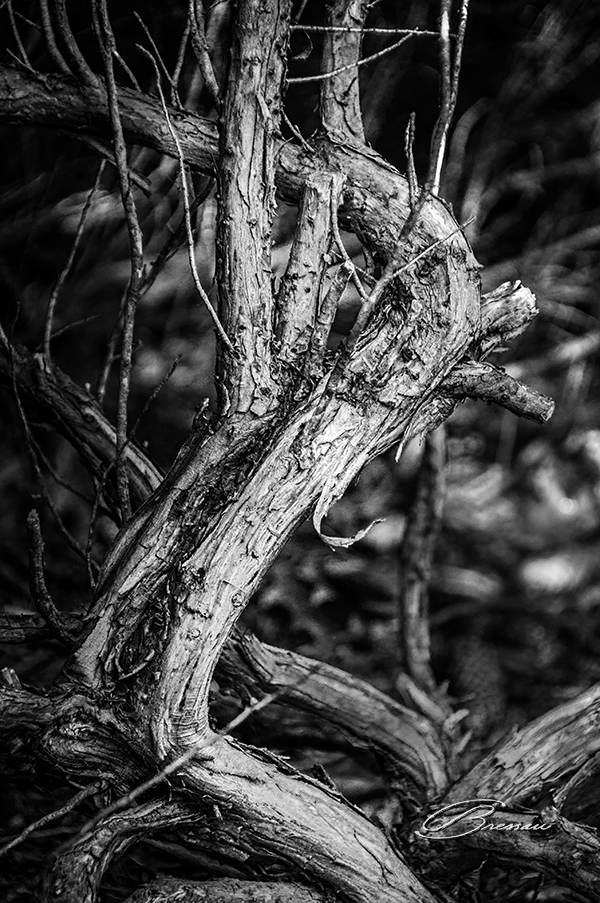 A Branch Story – The black and white version.

Now, I can see the branches almost graciously dancing with plenty of life, so much that a friend of mine even saw a voluptuous intercourse going on!

I have to admit: these branches are different from any other branches!